My son is obsessed with all things MineCraft (which is odd since he has barely ever played it), Pokemon (yes, it is still around and I still don’t know how to play it) and superheroes (mainly the Avengers with some Spiderman and Batman thrown in). So I was quite surprised when he announced that he wanted a Spy Party for his birthday. Spy parties don’t seem to be that common since there aren’t many spy decorations at the party stores and no cake molds to make the decorating easier.

So with a bit of ‘Mission Impossible’, ‘Inspector Gadget’ (is he even a spy or just a detective?) and some Rocky and Bullwinkle, I went with a bomb theme.

Fortunately I decided to test my round bomb cake recipe weeks before the party because it was an absolute failure! While the new red velvet recipe I used was delicious, the bomb turned out looking like a giant uneven macaron rather than a round bomb. So I scrapped that idea and decided to branch off into the world of fondant. I considered making the fondant but I was already making 3 dozen mini cupcakes for Ollie’s school party; 5 dozen chocolate and vanilla cupcakes, a red velvet sheet cake and a 9” round cake for Ollie’s party. Enough was enough so I bought a box of Wilton fondant.

So with my mom or as I call her, my favorite sous chef/moral supporter, we set about making a giant magnifying glass. I have to say, despite the unappealing ingredients and ridiculous amount of artificial food dye, fondant is pretty fun to work with. 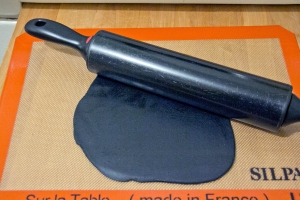 But I am happy to report that the fondant plus a few sprinkles on the cupcakes were the only unnatural food dye I used. I also took some of the cooked red velvet cake (I think I made about 10 batches over the weeks leading up to Ollie’s party) and crumbled it up with homemade frosting and made a giant cake pop which I then covered with the fondant. That was a bit more difficult but considering it was my first attempt, I think it came out pretty good. I gave my mom the task of cutting out about 30 little pieces of fruit leather for bomb fuses to put in mini Oreos to make the border of Ollie’s cake. 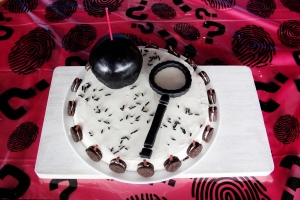 The finished product (prior to mass destruction). 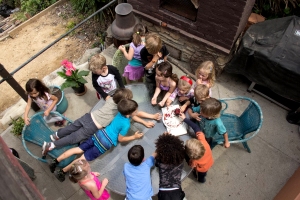 As always, everyone gets a bite of the cake!

I think the head count ended up being about 48 adults and 36 kids. It was madness! Despite the cooler weather on the actual day of the party, the kids were still up for a crazy water fight. This year I splurged and bought two sets of “Bunch O Balloons”, which are a bit more expensive but soooo worth it if you are going to have a big water fight. 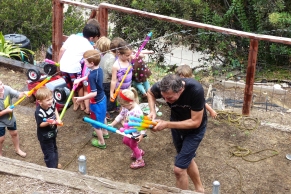 Clive getting the heck out of Dodge.

Ollie and his fellow fighters attack the dads.

Of course, we still needed the moms in the kitchen filling up more balloons once the 200 from the two sets of Bunch O Balloons were gone. 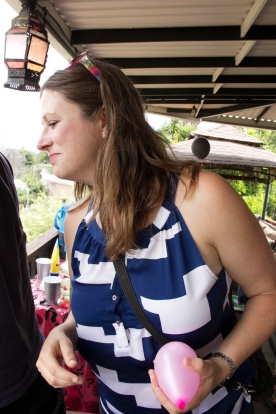 Emily making sure she hit her “target’, which I think was Clive. 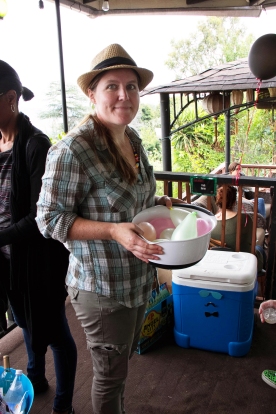 Heather taking more balloons out to the front lines.

Once the dust settled, there was mud and sand everywhere! 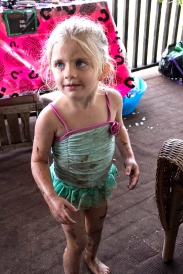 I swore to my parents, who helped immensely by getting my yard and house in order, and my husband, the game master, that this is the last huge party we will have at our house like this. But then, as I saw the kids running and laughing, soaked with water, covered in mud and digging into the cake, my resolve started to waver. I guess we will just have to see, come next year. 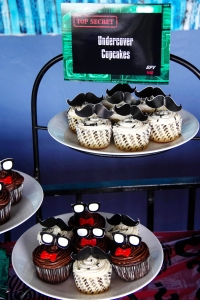 And of course, Truth Serum, which was the wine and beer bar. 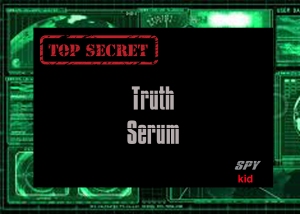 A few notes on the recipe:

The first time I made this, I must have done something wrong since the batter was very runny and it took 3 times the recommended cooking time to be baked through.  However, it was delicious.  Even my doubting neighbor, Emily, who turned up her nose at the idea of beets in a red velvet cake, loved it.

The second time I made it, I followed the recipe exactly.  It baked much quicker and was still tasty.  However, there was a hint of earthiness.  Actually enough of a hint for a 6-year-old girl in Ollie’s class to look at me suspiciously after she took the first bite of her cupcake and accuse me of adding beets to it.

Sooo – the third and fourth time (and fifth) time I made it, I adjusted it a bit and I think I was able to completely get rid of any beet flavor.  It was a hit at the party and I definitely ate way too much of it myself.

Preheat the oven to 350°F and grease pans or line cupcake pans with liners.

In another medium bowl, whisk together the milk, beet puree, orange juice and vinegar.

Pour the batter into the prepared pans and bake following the below chart, making sure a toothpick comes out clean before removing from the oven.

The great thing about this recipe is that it is so moist, it is very hard to overcook.

I used Martha Stewart’s Cream Cheese Frosting recipe for the sheet cake.  Then, for the rest of my decorating, I used my classic standby, Betty Crocker’s Vanilla Buttercream Frosting.

Trim leaves and stem and thoroughly wash the beets. Wrap the wet beets in tin foil and place on a baking tray to catch any drips.  Bake at 400°F for approximately 45 minutes or until tender and easily pierced by a fork.  Let cool completely and then rub the skins off.  They should come off easily.  It is a bit messy so I might recommend using rubber gloves so you don’t stain your fingers. Cut in quarters and puree in blender or food processor.

For my Undercover Cupcakes, I tried a new white cake & a new chocolate cake recipe.  They were both easy and super delicious. Click the links to check them out:

PS – after all my baking, I wasn’t up for something new and fancy for the cupcakes I took to kindergarten on Ollie’s birthday. I made red velvet mini cupcakes and decorated them as The Hungry Caterpillar, like I did last year. It was perfect timing since they were studying bugs that week!

Happy Birthday to my sweet Ollie Bug! I love you more!

One thought on “Bomb’s Away! Ollie Turns Six.”

Join 26 other subscribers
Of Moms and Men
cookinandshootin